Simple Ways To Speed Up Your Metabolism 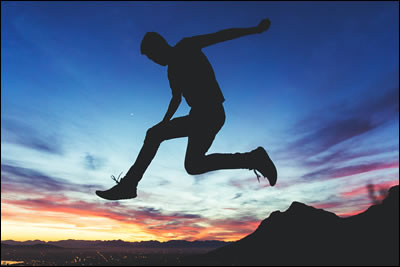 Metabolism refers to all the chemical processes in your body. The faster your metabolism, the more calories your body needs. Metabolism is the reason some people can eat a lot without gaining weight, while others seem to need less to accumulate fat.

All body movement requires calories. The more active you are, the higher your metabolic rate. Even very basic activity, such as standing up regularly, walking around, or doing household tasks, makes a major difference in the long run.

This boost in metabolic rate is technically known as non-exercise activity thermogenesis (NEAT). There are several ways in which you can boost NEAT. If you spend a lot of time sitting, here are a few strategies:

Even seemingly insignificant activities like typing may increase your metabolic rate by 8% compared to doing nothing. In the same way, fidgeting can make a significant difference.

Regular exercise is highly recommended for anyone who wants to lose weight or improve their health. But even light activities like walking around, doing household tasks, or fidgeting can give you an advantage in the long run.

Eating adequate amounts of protein is essential if you want to build or maintain your muscle mass. But dietary protein also has other important qualities. All food leads to a temporary increase in metabolic rate, known as the thermic effect of food (TEF). However, this effect is much stronger after eating protein compared to carbs or fat.

In fact, protein may increase metabolic rate by 20-30%, whereas carbs and fat cause a 3-10% increase or less. Eating high amounts of protein can also help counteract the loss of muscle mass and metabolic rate associated with weight loss.

While eating less is a key weight loss method, eating too little is usually counterproductive in the long term. That's because calorie restriction causes a decrease in your metabolic rate.

This effect is known as starvation mode or metabolic adaptation. It is your body's way of warding off potential starvation and death. Research shows that consistently eating fewer than 1,000 calories daily leads to a significant drop in metabolic rate that sticks around even after you stop dieting.

Temporarily boosting your metabolic rate doesn't have to be complicated. It's as simple as going for a walk or drinking a glass of cold water.

Many studies show that drinking water leads to an increase in the number of calories burned, an effect known as water-induced thermogenesis. Drinking cold water has an even greater effect than warm water, as this requires your body to warm it up to body temperature.

You can maximize these benefits by drinking water before meals, as it also fills you up and reduces calorie intake.

Although plain water is good on its own, caffeinated, low-calorie beverages, such as coffee or green tea, are useful as well. Controlled studies show that drinking caffeinated beverages can temporarily speed up your metabolic rate by 3-11%.

For weight loss purposes, sugar-free beverages like plain, black coffee are best. Like water, cold coffee may be even more advantageous.

One of the most effective forms of exercise is high-intensity workouts, also known as high-intensity interval training (HIIT). HIIT is when exercise involves quick and very intense bouts of activity, such as sprints or fast push-ups.

It significantly speeds up your metabolism, even after the workout has finished - an effect dubbed "the afterburn".

Getting inadequate sleep is not only bad for your general health, but it may also slow down your metabolic rate and increase your risk of weight gain.

One study determined that sustained sleep disruption, along with irregular sleeping times, reduced resting metabolic rate by 8%, on average. Accordingly, lack of sleep is associated with an increased risk of weight gain and obesity.

Although your basal metabolic rate is largely beyond your control, there are various ways to increase the number of calories you burn. The strategies mentioned in this article can help you boost your metabolism. However, metabolism isn't everything when it comes to weight loss. It's also vital to eat a healthy, well-balanced diet.