Can Coffee Increase Your Metabolism and Help You Burn Fat? 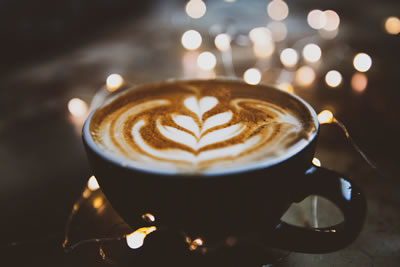 Coffee contains caffeine, which is the most commonly consumed psychoactive substance in the world. Caffeine is also included in most commercial fat-burning supplements today - and for good reason. Moreover, it's one of the few substances known to help mobilize fats from your fat tissues and increase metabolism.

But does coffee really help you lose weight? This article takes a look at the different factors involved.

Many biologically active substances found in coffee beans find their way into the final drink.

Several of them can affect metabolism:

The most important of these is caffeine, which is very potent and has been studied thoroughly. Caffeine works by blocking an inhibitory neurotransmitter called adenosine

By blocking adenosine, caffeine increases the firing of neurons and release of neurotransmitters like dopamine and norepinephrine. This, in turn, makes you feel more energized and awake.

In this way, coffee helps you stay active when you would otherwise feel tired. In fact, it may improve exercise performance on average by 11–12%.

Caffeine stimulates the nervous system, which sends direct signals to the fat cells, telling them to break down fat. It does this by increasing blood levels of the hormone epinephrine.

Epinephrine, also known as adrenaline, travels through your blood to the fat tissues, signaling them to break down fats and release them into your blood.

Coffee Can Increase Your Metabolic Rate

The rate at which you burn calories at rest is called resting metabolic rate (RMR). The higher your metabolic rate, the easier it is for you to lose weight and the more you can eat without gaining weight.

Studies show that caffeine can increase RMR by 3 - 11%, with larger doses having a greater effect. Interestingly, most of the increase in metabolism is caused by an increase in fat burning. Unfortunately, the effect is less pronounced in those who are obese.

One study showed that caffeine increased fat burning by as much as 29% in lean people, while the increase was only about 10% in obese individuals. The effect also appears to decrease with age and is greater in younger individuals.

Coffee and Weight Loss in the Long Term

There is one major caveat: people become tolerant to the effects of caffeine over time.

In the short term, caffeine can boost the metabolic rate and increase fat burning, but after a while people become tolerant to the effects and it stops working. But even if coffee doesn't make you expend more calories in the long term, there is still a possibility that it blunts appetite and helps you eat less.

In one study, caffeine had an appetite-reducing effect in men, but not in women, making them eat less at a meal following caffeine consumption. However, another study showed no effect for men.

Whether coffee or caffeine can help you lose weight in the long term may depend on the individual. At this point, there is no evidence of such long-term effects.